For too many years to remember people have been claiming the end of TV advertising’s effectiveness.

First there was the advent of cable TV. “Too many channels will make the viewing audience too splintered.” the experts said. They were right (a bit) about the splintering. But in

stead of it being a problem, it turned into a tremendous opportunity for savvy advertisers. Now, for the first time, you could target your audience by lifestyle. You wanted to reach teenagers? Buy spots on MTV. You wanted women only? Buy the Hallmark Channel. You wanted kids? Cartoon Network. Cable not only allowed targeted segments, but it also drove pricing down compared to network TV, and also provided much more granular geo-targeting capabilities...you could now buy individual cities and even neighborhoods in some cases, opening TV advertising opportunities to local retailer and businesses for which it previously would previously not have made sense.

Then came the VCR, TiVo and the DVR. “Prime Time is dead”, said the pundits. With people now able to record and watch their favorite programs according to their own schedule, why would anyone pay a premium for prime time ad slots? Sure, the timing was disjointed, but the ratings never suffered, and ad rates continued to go up as media buyers realized the sky wasn’t falling after all. People may be watching at different times than they used to, but the same number of people were still watching...more, in fact, as people who might otherwise have missed a program (and its commercials!) now had the opportunity to record it and watch it later. So again, instead of the death knell of TV advertising, this latest technology became a boon.

Now we live in the internet age. Advertisers scrambled to shift their budgets from TV to the latest and greatest forms of digital and social media. There is no question those are powerful forms of communication, but guess what medium has emerged as the most powerful? You guessed it, our old friend the TV commercial, now in its broader guise of “online video”. Videos go viral, videos go mobile, videos rule the internet and the world of internet advertising. This presents the greatest opportunity of all for advertisers. Suddenly their TV commercials serve not just as TV commercials, but also as video content online. With a single shoot, you can use the same concepts, crews, and talent to product powerful video content that will reach your target audience on ALL of their screens...TV, computer, tablet and smartphone. The usefulness of that TV commercial has been multiplied exponentially, and the dollar cost average of producing those assets has gone down dramatically due to the economy of scale of multi-purposing the assets.

What is the next chapter of TV/video advertising? Who knows. (Well, maybe Mark Zuckerberg knows, but he hasn’t told us yet.) One thing is for certain though, advertisers will need creatives who understand how to tell powerful brand stories through the still undefeated champion of the advertising world --the TV commercial.

Why Your Law Firm Is A Lot Like Soda Pop. 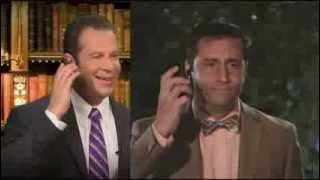